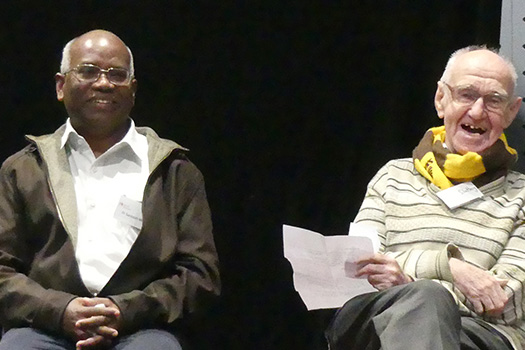 As a boy growing up in the heart of Hazaribag India, Fr Santosh Minj SJ had an inkling he might one day be a priest. He couldn’t have imagined he would not only achieve that dream, but would in fact become the Provincial Superior of the Province initiated as Hazaribag mission by six Australian Jesuits in 1951.

“I grew up in a small village called Karamtoli-Bardauni with my parents and four siblings. My hamlet is 15 kilometres away from Mahuadanr parish – the oldest mission station in Hazaribag Province in Latehar district of Jharkhand state,” he says.

The late Australian Jesuit Fr Barry O'Loughlin SJ was the Parish Priest at Fr Santosh's parish when he was a child.

"Fr Barry used to be very close to the people, and I think probably this led me to the Jesuits and to Hazaribag."

Fr Santosh says his desire to join the priesthood was further nurtured and nourished while attending St Joseph’s School in Mahuadanr, where he met Australian Fr Thomas Keogh SJ. Later, as a candidate residing at St Xavier’s School in Hazaribag, he met Fr John Moore SJ and Fr Lou Lachal SJ, two of the first Australian missionaries to arrive in Hazaribag in 1951.

The die was thus cast: Fr Santosh joined the Jesuits in June 1991, was ordained a priest in 2005 and was appointed Provincial in December 2016.

His trajectory personifies the vocational legacy left by those early Australian Jesuits, whose religious order was every bit as successful as their mission. The first Indian Jesuit joined the order in 1954, and today Indian Jesuits outnumber their counterparts in Australia.

These men and their co-missionaries have shepherded the early Jesuits’ legacy admirably, building on the early foundations by maintaining the mission’s strong educational focus.

Consequently, says Fr Santosh, “There has been a huge change in the lifestyle of the people in and around Hazaribag. People used to walk miles and miles, now they have motorcycles and some of them own four wheelers.

People are educated and are in good government as well as private jobs. People have very much woken up for the need of good education, health and saving money. People are moving from the mud house to the cement house.”

And though Indian Jesuits now oversee the mission, their connection with Australia remains as strong as ever. Jesuit Mission currently supports the construction of the auditorium of St Xavier’s College, Mahuadanr and St Mary’s Girls’ Hostel at Chiropath; it also assists with a training program for Dalit leaders in Chatra and Hazaribag districts.

And as Hazaribag heads into its 71st year, Fr Santosh perceives a future every bit as inspired as its past.

“I see a bright future for [the] Hazaribag Province as there are committed, creative, promising and talented young priests who will assume roles as superiors and directors of work in the future. They will make vibrant communities hopefully.”

As Jesuit Mission’s 70th Anniversary comes to a close, we would like to extend a sincere thank you to all of our dedicated supporters. We hope you have enjoyed the insight provided by our partners on the many projects you have supported over seven decades.

Today, your generosity enables our partners to provide life-giving support to vulnerable communities across 12 countries in South East Asia and Africa.

With your support, we will continue to empower women, men and children on the margins to live full and free lives, to enable them to inspire opportunity and hope for future generations.

Let us join together in the Prayer for Good Dreams written by Fr Michael Hansen SJ, National Director of the First Spiritual Exercises Program. 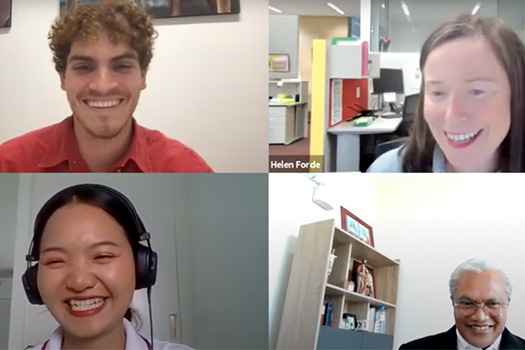 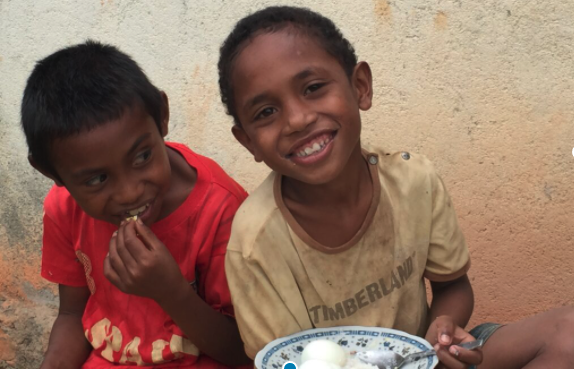