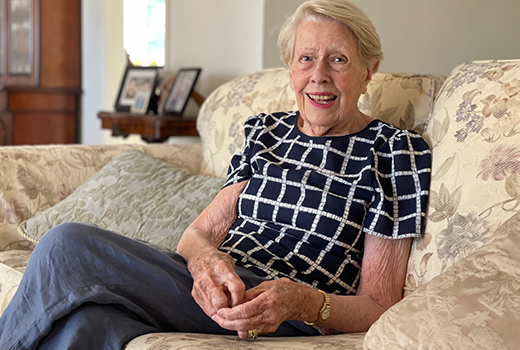 As Jesuit Mission celebrates its 70th anniversary, long time supporter Joy Anderson reflects on her life-changing trips visiting the Jesuits in Hazaribag, India in the 1970s.

When Joy Anderson booked a trip to India in 1972, she couldn’t have anticipated the mind-enlarging experiences that lay in wait, and the lifelong impact the journey would have on herself and her young family.

“We went to [the travel agent] and he said, 'Why do you want to go to India? Nobody goes to India’,” she recalls almost five decades later.

And so Joy set off with her late husband, Peter – a St Ignatius’ College Riverview old boy and then-president of the Old Ignatian’s Union – for what would be the first of many visits to the subcontinent. The seed for that initial journey had been sown by the Australian Jesuit community with whom the couple were friendly; the Australian Province had established Hazaribag mission to provide education and healthcare to rural and indigenous communities in Jharkhand Province in 1951 - 70 years ago this year.

Returning missionaries had “painted the most wonderful word pictures” when describing to Joy and Peter the place, its people and the important work being undertaken there.

One such project supported by the Jesuits was the series of eye clinics (or eye camps) run by the Hazaribag Lions Club; Peter, a highly respected Sydney ophthalmologist, had precisely the skills doctors in Hazaribag were so desperately lacking. But when the couple received a telegram from the Hazaribag Province asking them to visit, he was less easily convinced than Joy of the wisdom of such an incursion.

“Peter said, ‘I cannot go into another country and say, ‘Here, I'm going to work. You just don't do that. You've got to be invited’.”

But he was swayed by the wise and prophetic words of Fr Phil Crotty SJ (1932-2021), one of the earliest Australian missionaries to Hazaribag, who was on a visit back home.

“We were down in the Jesuit Mission office [in Sydney] and Peter was unsure about going to such a foreign country. Phil looked at him and said, ‘You know, Peter, you will get much more out of it than you think. And you'd be giving more.”

Thus encouraged, the couple set off for a country which – true to Fr Phil’s astute counsel – would reciprocate their benevolence more than they could possibly have imagined.

“There were all these Indian doctors, of all faiths and backgrounds, who were working together voluntarily. So, you know, suddenly your eyes were opened,” she says. “Peter participated in quite a few of the eye camps and he said, ‘Oh, you feel you're a real doctor, doing this kind of work’.”

On subsequent visits, Peter took along with him donor eyes, preserved in dry ice, on which local doctors could practice and perfect the relatively new, sight-restoring technique of corneal grafting. Joy, meanwhile, immersed herself in the community, learning about life – and death – from an entirely foreign perspective. She relates with sagacity the story of the wife of a deputy headmaster who had fallen ill and died, and whose body had to be preserved in preparation for burial.

“They called Peter and he was trying to do mouth-to-mouth on her, [but] she died. We had to go and get ice from everywhere [to preserve the body]. They were saying, ‘We're so sorry you are seeing this’. I said, ‘This is part of life. This is an experience.’ I thought… it was just what they live with all the time. Oh, I can't describe what it was like, it just enriched our lives so much.”

The visits also gave Peter insight into the immense impact Australian benefactors could exert on less advantaged, far-distant communities. This experience informed his role as president of the Indian Bazaar Committee, a position he held for 25 years after his appointment shortly after returning from that first visit to India. Under his guidance, the committee was responsible for running Jesuit Mission’s annual Indian Bazaar at Riverview, one of the largest fundraising events for the Hazaribag mission.

“We saw different things on different visits, so you saw where the money was going,” says Joy. “That made Peter realise and appreciate the [Australian] people more, what they were doing. They are the salt of the earth, the people that work for the mission, they really are.”

And the wisdom acquired on those visits infiltrated Joy’s life in other, more subtle ways.

“On my first trip, I thought, ‘When I come back through Singapore I'm going to get a long rope of pearls, that’s where I'll get it’. When I got to Singapore that was the last thing in the world I needed. Everything goes into place.”

Apart from one of their sons, none of the couple’s seven children have visited India; but while growing up they all absorbed the stories their parents brought back with them, Joy says.

Those expansive, edifying experiences might not have happened if not for the sage advice of the late Fr Phil Crotty SJ (1932-2021) almost 50 years ago, and Joy’s own determination – despite the travel agent’s demurral – to set out for that foreign land. When Peter died six years ago, aged 88, memories of the couple’s travels in Hazaribag came rushing forth.

“They're lovely memories, they're very enriching memories, it made a tremendous difference to our lives,” says Joy, who turned 89 this year.

“And that's why we asked Fr Phil to do Peter's [funeral] mass: because he was the one that really talked Peter into going.”

To celebrate the 500th anniversary of Ignatius' conversion, let us join together in Ignatius' Prayer of Generosity. 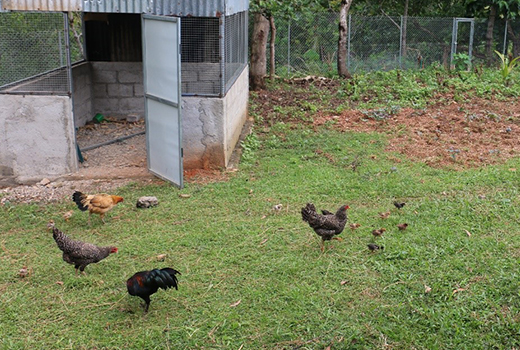 Chicken coop and Breakfast program for dormitory students in Timor-Leste

Thanks to your generosity, 81 students in Railaco, Timor-Leste no longer attend school on an empty stomach. More > 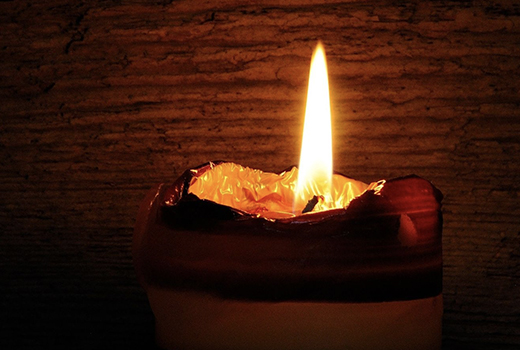 Nations in crisis: Prayer Vigil for Myanmar and India

Jesuit Mission invites you to attend an online Prayer Vigil for Myanmar and India on Wednesday 2 June at 6:00pm AEST. More >