After years of darkness, Myanmar needs good leaders to bring us into the light, says Cardinal Charles Bo.

The Myanmar Leadership Institute aims to form leaders who are guided by compassion for the vulnerable, and who will promote development, prosperity and peace for all.

For decades, Myanmar was controlled by a brutal military regime.  The years of oppression resulted in entrenched, widespread poverty; displacement of indigenous people; and severely underdeveloped healthcare, education and judicial systems. There are many ethnic minority groups in this country of 56 million people.  Most of the population is Buddhist, and there is a sizeable number of Muslims.  The Catholic population is small, only about 700,000 spread across 16 dioceses, and they are principally among the ethnic minorities. Although Myanmar moved to a democratic government early this decade, the military retains a lot of control.  Ethnic discrimination prevails, the most obvious being the largescale displacement of Rohingya from Rakhine State.  Many people, especially the ethnic minorities, are forced by poverty, increasing landlessness and internal conflicts to migrate or are caught in trafficking networks.  The lack of infrastructure and ongoing conflicts have left country’s youth adrift with many lacking employable skills.  For more than a decade, the Jesuits have been accompanying youth and providing them with skills to transform their futures and help others do so as well. In October 2018, the Jesuits set up the Myanmar Leadership Institute (MLI) in Yangon, at the request of Cardinal Charles Bo, Archbishop of Yangon, and with the support of Jesuit Mission.  Four years in the planning, the Institute aspires to form a generation of leaders who will see their role through the lens of social justice, and lead with competence and compassion.  Its courses range from a one-year Diploma in Leadership program to a ten-week Certificate in Business Communication program.  The curriculum includes nation building, ethical principles, social inclusion, restoration of peace and human rights, along with discernment, strategic thinking and direction setting. 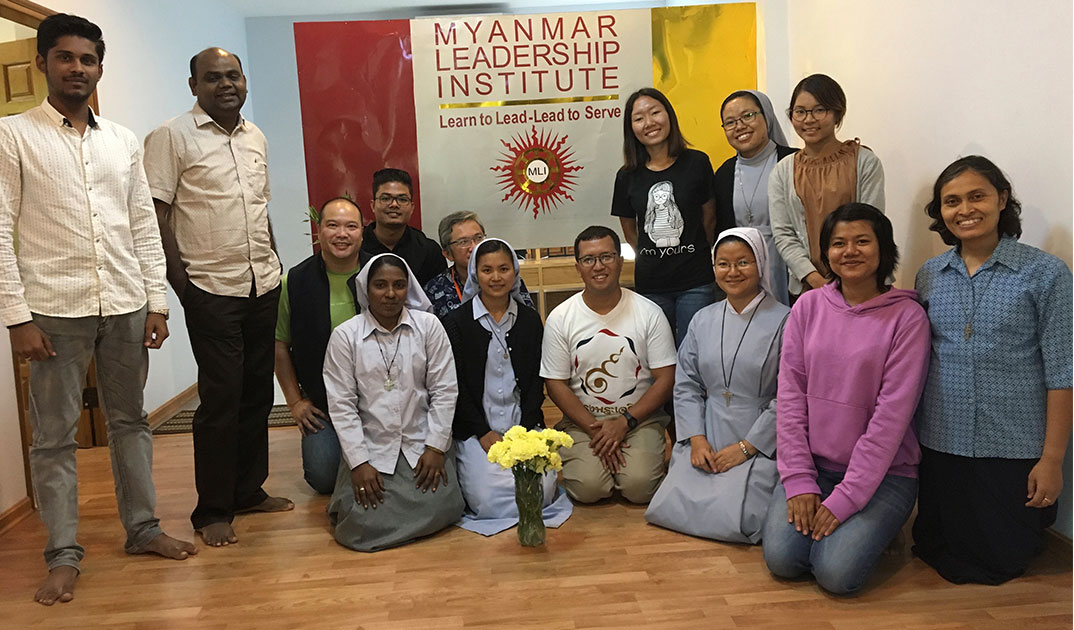 DONATE
“We hope to form leaders who are not only able, capable and employable, but also compassionate, who are able to think critically and creatively towards serving the common good in line with the values of justice, solidarity and preferential option for the poor.”
– Fr Joseph Antony Jacob SJ, Myanmar Leadership Institute
The main challenge now is raising awareness of the Institute and attracting students with the right academic qualifications and adequate English skills.  MLI also wants to have a good balance of students in terms of background, profession and faith as it sees its graduates in leadership roles across society – in non-government and civil society organisations, religious communities, the education and health sectors, businesses and government agencies. In its first academic year, MLI has 11 full-time Graduate Diploma students, six part-time students, and two online learning students.  For its second year, beginning in June 2019, it hopes to have an enrolment of 25-30 students, which is its annual target.

Victoria, 23, is from a Catholic family in Kachin State, where civil war has led to more than 100,000 being internally displaced.  Victoria herself has lived in a camp for internally displaced persons (IDP). She worked in Kachin for six years before moving to Yangon in 2017.  She was a volunteer youth worker and teacher in Phakant diocese and in IDP camps for four years, and later a peace trainer in Myitkyina. As she went about her work, she came to realise that she needed training.  She had to organise and lead people, but she did not know how to do this.  She had to speak to donors and partners, but she could not express herself well in English. She wanted so much to learn and improve her skills that she decided to move across the country to Yangon.  She did not let the fact that she did not know anyone there or where she could get good training stop her.  A contact suggested she go to the Jesuit-run Campion Institute for English Language. It was at Campion that she learnt of MLI, and she applied for the leadership course.  She is finding the program interesting and challenging especially doing research, which she has never had to do before. Now she is learning as much as she can, because when she finishes the program, she wants to go back to Kachin to share what she has learnt. 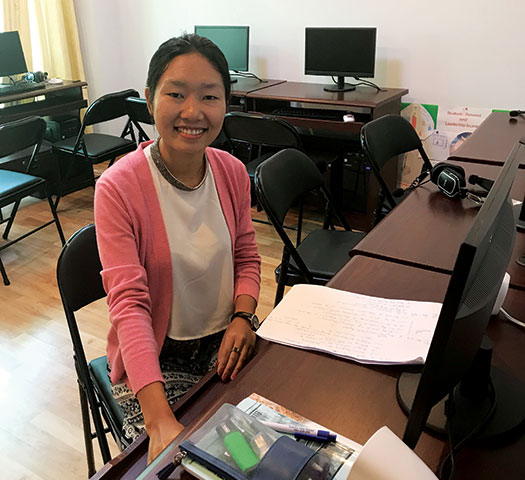