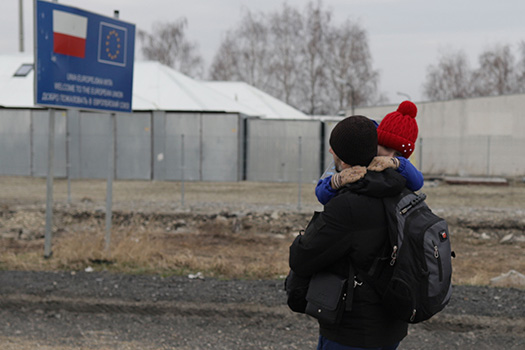 We are so grateful for the wonderful support and generosity for our Ukraine Emergency appeal from supporters, parishes and school communities. Together we are providing hope to those who are facing extreme injustice and conflict.

The appeal provides emergency shelter, food and essential items, medical escorts, translation and accompaniment to Ukrainian people in desperate need, made possible thanks to a partnership between Jesuit Mission and Jesuit Refugee Service (JRS) Europe.

JRS Europe is coordinating the emergency response by mobilising support from offices across Hungary, Poland, Romania, Macedonia, south east Europe as well as within Ukraine.

In Lviv, Ukraine, a Jesuit house has already been converted into a transit home for the displaced and in Romania and Poland, JRS is responding to an influx of refugees like never before.

To meet the growing needs, JRS is also collaborating with other religious congregations to find additional accommodation options.

In Romania JRS continues to be present in Bucharest and at the borders to ensure first necessities, and legal advice for those who want to seek asylum.

“It is deeply distressing seeing our Ukrainian sisters and brothers suffer like this. Any donation towards the Jesuits’ vital efforts will make an enormous difference on the ground,” said Helen Forde CEO of Jesuit Mission.

Russia’s invasion of Ukraine has led to mass displacement and violence against men, women and children.

According to the United Nation’s High Commissioner, the war has forced 10 million civilians to flee from their homes, including about 3.5 million who have sought refuge in other countries already.

Pope Francis called for an end to the conflict, urging people to support the vulnerable Ukrainan people.

“Rivers of blood and tears are flowing in Ukraine. It is not merely a military operation, but a war, which sows death, destruction and misery. The number of victims is increasing, as are the people fleeing, especially mothers and children. The need for humanitarian assistance in that troubled country is growing dramatically by the hour.”

After meeting with refugees at the Hungarian-Ukrainian border in early March, Jesuit Cardinal Michael Czerny was grateful to see the support that many refugees were receiving.

"I am so happy to see how everyone is working together to meet the needs of the people who are fleeing for their lives and where they can have their first security, first rest and take the next steps,” he said.

Jesuit Mission stands in solidarity with the devastated families in Ukraine, and urges supporters to keep them in your thoughts and prayers.

Instead of buying chocolate eggs for someone this Easter, you could consider supporting our Gifts for Change Program.

Let us join together in the Prayer of Finding Light written by Fr Michael Hansen SJ, National Director of the First Spiritual Exercises Program. 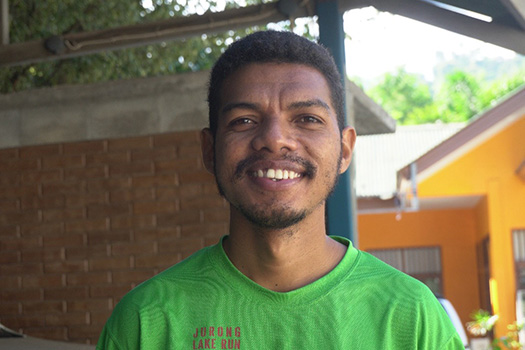 Accelerating the water project in Timor-Leste 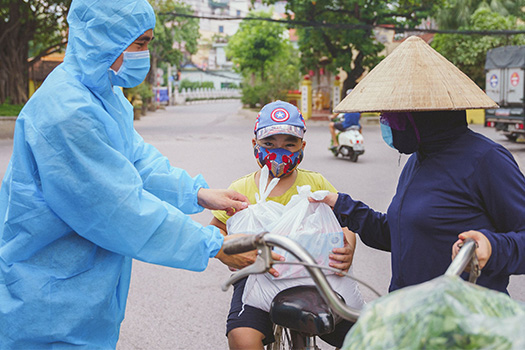 Milk for malnourished children in Vietnam 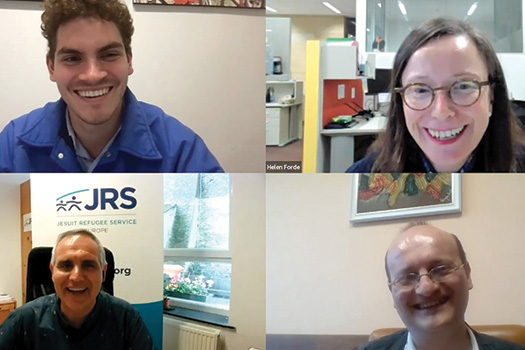