In a campaign entitled “Stand with Stan”, the Jesuit groups and organisations want to throw a bright light on the injustice being done to Fr. Stan Swamy and those he serves.

“Fr Stan Swamy has been peacefully supporting the protection of rights of the Adivasi people in India for the past 15 years, in keeping with his religious vows, our Jesuit tradition and the constitution of India,” said Fr Brian McCoy SJ, Provincial of Australian Jesuit Province.

For more than 12 months, Fr. Stan has been harassed by police for the support he lends to the Adivasis (Aboriginal people) in Ranchi, a city in India’s north east, not far from the region where some 50 Australians have served Hindus, Muslims along with Christian and non-Christian tribals  over the last 70 years.

The 83 year old Jesuit activist has been charged with fostering division by collaborating with Maoist rebels and was moved to detention in Mumbai, a city on India’s east coast. This work in support of the rights of the indigenous, non-Hindu tribals or “Adivasi” people in and around Ranchi is work that the Australians and others have done for decades and still do.

Fr. Stan, a human rights defender has been in Bagaicha, a Jesuit-run Social Action Centre, for the past 15 years. Like Jesuit Mission’s Uplift support program that empowers Dalits, his work has been primarily with the Dalit Indigenous community, defending and protecting their rights as enshrined in the Constitution of India.

“We at Jesuit Mission are outraged by the arrest and detainment of Fr. Stan Swamy, an incredible man who has devoted his life to serving Jharkhand’s most vulnerable people,” said Helen Forde, CEO of Jesuit Mission.

“As Jesuits involved in education, caring and defending the rights of the poor and vulnerable all over the world, we stand in solidarity with Fr. Swamy and other human rights defenders in India, strongly condemn his arrest and demand his immediate release,” said Fr. Brian.

In a video posted hours before his arrest, Fr. Swamy said that the federal agency combating terror activities — the National Investigation Agency (NIA) — had interrogated him for 15 hours and "Now they want me to go to Mumbai, which I have said that I won't go," he said in the video, citing his advanced age and the pandemic as reasons for his preference to have further questioning through video conferencing.

However, he was arrested and taken to Mumbai, the capital of Maharashtra state. A special NIA court in that city remanded him to judicial custody for 14 days on October 9.

In Hazaribag town, the base for Australian Jesuits in India, local Jesuits Frs. Maria Louis and Christopher Kujur organised a silent protest, with many lined up to protest on the side of a main road in a 2 km chain.

“We got very good support for this demonstration from all the religious priests, sisters (very many) and brothers and other lay persons," Fr. Bob Slattery SJ  reported. The Australian Jesuits have been in Hazaribag since the 1950s.

“The demonstration was from 4.15 p.m. to 4.45 p.m.,” Fr. Slattery reported. “Of course I doubt very much that our government will listen to our plea to release Fr. Stan. More and more we are under a dictatorship.”

Fr. Stan’s case is linked to the Bhima-Koregaon area in Maharashtra state, where a violent clash occurred on January 1, 2018, in which one person was killed and several others injured.

Following investigations, police alleged some nine activists, including Fr. Stan, conspired to organize the violence and have links with the banned Maoists group. Fr. Stan denies the charges. We urge our supporters to join the international movement and stand in solidarity with Fr. Stan. Show your support by signing the petition for his release at https://standwithstan.jcsaweb.org/ 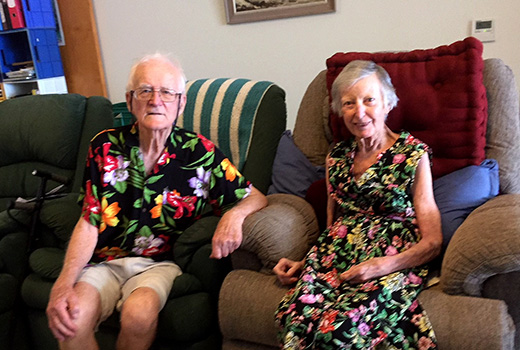 John and Pauline's selfless decision has given hope to future generations of vulnerable communities – as a lasting legacy.More > 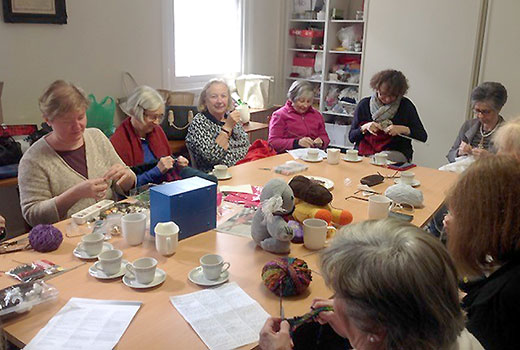 More than just coffee and crafts

We’ve been so thankful to have the lovely members of the St Ignatius Parish Craft Group in Norwood support us with their generosity and creativity.More >